240 years ago, a ragtag group of rebels declared their independence from the most powerful empire in the world. Despite the odds, they were confident that they had a system which worked better – it was more decentralized, closer to the people involved, and based on radical ideas that the old system was too slow to incorporate.

LBRY is proud to continue this tradition by announcing the beta release of our LBRY app and live blockchain this July 4th. This time, the old order is Big Media – the major record labels, book publishers, and movie studios that have managed to cling to their fiefdoms despite the potential of the internet to connect independent artists directly to their fans.

It's expensive to store and serve a bunch of content, so the market is dominated by the likes of Google's YouTube, Apple's iTunes, and Amazon's Kindle Store. By combining several new open-source technologies and key innovations, LBRY is able to cut out the middlemen. The result is a platform that no one controls, but everyone can access – just like the internet itself.

With LBRY, content creators – be they filmmakers, musicians, writers, or software developers – are empowered to set their own price and release their works to the world with a few clicks of the mouse. There are no ads, no corporate censors, and LBRY takes no portion of your income. For consumers, it means there is finally an alternative to the big media stores and the murky world of BitTorrent – which doesn't have a payment system and therefore is run on goodwill.

The LBRY app we're releasing today is the first of its kind – a media marketplace powered by a blockchain and yet easy enough for your Grandma to use. The release includes a LBRY client with one-click installation for Linux and OS X. Initially, the beta is invite-only to allow a gradual scaling of the network. Invites can be requested at www.lbry.com/get.

Indie production houses have seen the potential in LBRY. Oscilloscope Laboratories and Emergent Order signed on as featured content partners for today's launch. So right from the start, beta users will be treated to the following premium films: 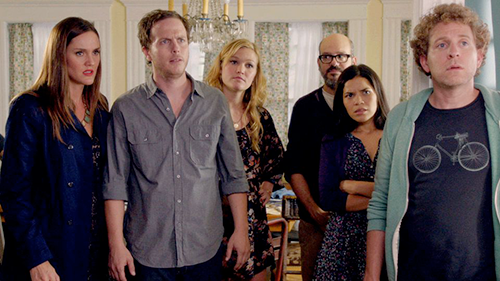 The sleeper hit dark comedy, starring David Cross and Julia Stiles, about four couples gathering for a regular brunch when they receive news of a disaster just outside the door. The film is considered a model of indie success.

Fight of the Century: Keynes vs. Hayek Rap Battle 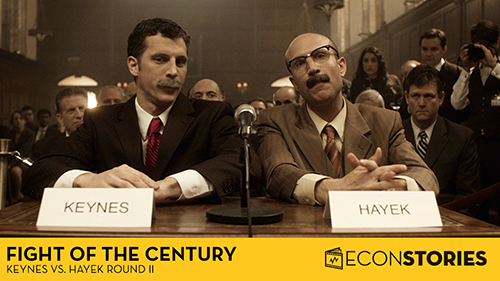 This viral hit short film shows economic heavyweights Friedrich Hayek and John Maynard Keynes in a musical duel over which of their theories is correct. Sound boring? Tell that to the film's millions of viewers so far.

In addition to watching these films and other pieces already uploaded to LBRY, there are several ways users can interact with the platform – and begin generating income – once they receive beta access:

LBRY is a key component of Web 3.0, a new internet infrastructure that is secure, open-source, and natively decentralized. The company is self-financed and has assembled a stellar team of creatives and technologists.