Today, we released a new version of LBRY beta with tools to publish your own original content! 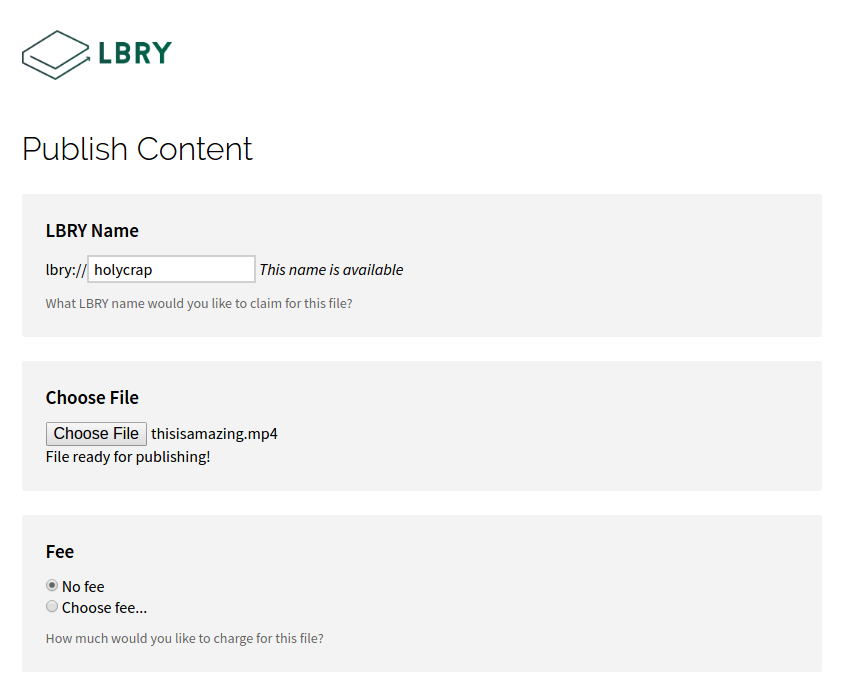 Now anyone with access to LBRY beta can reserve LBRY names and publish their own original, digital content.

We've finally come around and have to admit that LBRY has the potential to be much more than the world's most efficient media player of It's a Wonderful Life.

First, we launched with It's a Disaster and Fight of the Century: Keynes vs. Hayek Rap Battle. That was pretty cool, and we're stoked to be the first protocol in the world to stream a Hollywood feature film via blockchain.

The whirlwind of growth over the past few weeks has left our team floored by the response to our beta release. We have a waiting list of over 100,000 future LBRYians standing by for their opportunity tell the mainstream media middlemen to take a hike.

And now LBRY beta users can do just that...

When you open LBRY, you will also notice 3 areas on the homescreen displaying LBRY's current featured content. These areas correspond to the LBRY names "One", "Two", and "Three" (lbry://one, etc.). Anyone can bid for those names and get your content featured on LBRY's opening screen!

The true power of LBRY is allowing creators to connect directly with their audience. So what are you waiting for? Go and do it!

Oh... you don't have an invite yet? Avoid waiting longer than you have to by joining the beta waiting list now.

Plus, we've got another little secret...

If you're a content creator, you can submit your original work to us for a chance to jump the waiting list (100K strong and growing). Our goal is to turn LBRY into a one-stop-shop of the best original content available on the internet. So we want to reward those who are interested in using LBRY as it is meant to be used.

And we're serious about the reward part. Accepted partners receive $1,000 in LBC.

Read more about this program and sign up here.